What is vacant possession? 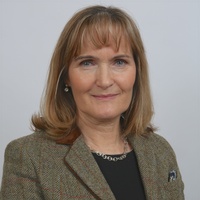 The Court of Appeal has overturned the High Court’s decision in the case of Capitol Park Leeds plc v Global Radio Services Ltd which considered whether a tenant had given ‘vacant possession’ of a commercial building.

The case concerned a three storey commercial unit in Tingley Leeds. By a Lease dated 4 March 2002 the property was let to Real Radio (Yorkshire) Limited for a term of 24 years.

In June 2014 the Lease was assigned to Global Radio Services Limited (the tenant). The assignment was part of a corporate acquisition by Global of The Guardian Media Group, which included provisions for the transfer to Global of all properties owned by the Group. This resulted in Global acquiring more properties than it needed, and from the date of the assignment the property was surplus to requirements.

“gives vacant possession of the Premises to the Landlord on the relevant Tenant's Break Date.”

Global gave notice to terminate the Lease on 12 November 2017. By this date it had stripped out various features of the property and fixtures including ceiling grids; ceiling tiles; fire barriers; boxing to columns; floor finishes to offices and the majority of the common areas; ventilation duct work; office lighting; smoke detection system; emergency lighting; radiators; heating pipework to serve radiators and so on. Nevertheless, the landlord argued that the tenant had not given vacant possession.

The landlord’s argument was that the tenant's removal of the fixtures had resulted in the premises being handed back without vacant possession as too much had been removed! It said that “Premises” as defined in the Lease means “the property known as 1 Sterling Court, Capitol Park, Topcliffe Lane, Tingley, Leeds …….including all fixtures and fittings at the Premises whenever fixed, except those which are generally regarded as tenant's or trade fixtures and fittings….” And thus the tenant had not handed back “the Premises.”

The case came before the Court in Leeds in October 2020 and the Judge agreed with the Landlord saying that the break condition was not satisfied and that the lease was continuing to run to its term date in 2025. The tenant appealed to the Court of Appeal.

The Court of Appeal has now overturned the High Court decision holding that a condition for vacant possession requires the tenant to return the property free from people, things and legal interests and is not concerned with the physical condition of the property. Whilst the yield up covenant in the Lease did require the premises to be yielded up “in a state of repair condition and decoration which is consistent with the proper performance of the Tenant’s covenants”, the break clause made no mention of repair or condition. Thus the break clause was not conditional on the tenant having observed and performed any covenants in the lease.

The landlord was left with a building in a dire state but the remedy was to seek compensation for the loss it had suffered. Whilst the decision will be welcome news to tenants seeking to comply with vacant possession break pre-conditions they should still exercise caution if they want to avoid litigation or an expensive dilapidations claim and seek legal advice when considering breaking a lease.