Whether you are an executor or an administrator of a deceased person's estate, a beneficiary or someone who should receive part of an estate, our expert team of solicitors is on hand to advise you on all aspects.

What is Contentious Probate?

Contentious probate is a dispute concerning a deceased’s estate or a Will.

Our specialist contentious probate solicitors understand that disputes of this kind can cause a great deal of worry and heartache at what is already a difficult time. We work quickly and efficiently to resolve your dispute, minimising the disruption for you and your family.

Our contentious probate specialists are experienced in dealing with all types of estate and Will disputes and have acted on behalf of trustees, personal representatives, beneficiaries and people challenging the distribution of an estate. We are dedicated to your best interests and will be with you all the way.

We can help with the following:

Some of the more frequently encountered situations where we are asked to advise include:

As experienced contentious probate solicitors, we regularly help trustees, personal representatives, beneficiaries and people challenging the distribution of an estate to solve Will disputes.

Even if there is a Will, there may be grounds for dispute. Issues may arise in relation to the division of assets, the validity of the Will, identification of the beneficiaries or the actions of the executors.

It may also be possible for disappointed potential beneficiaries to bring a claim against the estate if they have not been left with reasonable financial provision (whether or not there is a Will).

There are several grounds on which the validity of a Will can be challenged.

There are rules relating to how executors, administrators and trustees of an estate act and administer the estate. Beneficiaries may have a claim against the executors if they act in breach of these rules. For example, executors or administrators who make profit from the estate or who fail to deal with the estate in accordance with the Will. A court can order that the executors perform their duties correctly or are replaced.

Generally, despite whatever the deceased has said in his lifetime, he is free to leave whatever he wants to whoever he wants in his Will. There are limited circumstances, however, when it may be possible to bring a claim against the estate for the promise to be honoured if that promise is not reflected by the Will. If the deceased made a promise to you and you have suffered in some way because you relied on that promise, you may have a claim against the estate.

What are the time limits for a contentious probate claim?

There are important time limits - as short as 6 months from the date of the grant of probate or letters of administration - in which to bring a claim. It is vital to seek advice at a very early stage if a claim is to be successful, while evidence is still fresh and available.

If you think that you have a claim against the estate of someone who has died, and have been included in their Will, or received more from their estate than you did, then you may be entitled to make a dependency claim.

Where the deceased died without a valid Will, the intestacy rules govern the automatic manner in which their married, or civil partner, and other close relatives, inherit their estate. If you are not provided for under the intestacy rules or, under the deceased's Will if they had one , or you consider that the amount you will receive is not sufficient, you might be able to bring a claim against the estate to ensure you receive a share or a greater proportion of it.

You can bring a claim against the estate for financial provision if you come within one of the specified categories of applicant that are set out in the Inheritance (Provision for Family and Dependents) Act 1975, and these are:

If a case goes to court and you are able to bring a claim, the court will look at whether the deceased's estate made reasonable financial provision for you. Then if it did not, the court will go on to consider what provision should be made.

If your claim is successful you could receive maintenance or a capital sum, depending on the size of the estate and the existence of any other beneficiaries. A spouse will receive a sum that is reasonable in the circumstances, which may be a greater sum than that solely representing maintenance.

For all other classes of applicant, the court will order reasonable financial provision in the circumstances of the case. Calculating your entitlement can be complicated and negotiations must be conducted sensitively, since the personal representatives who are managing the estate may include members of the deceased's family who may themselves be a beneficiary of the estate.

If you believe that you fall into the last category, as a person being maintained by the deceased immediately before their death, either wholly or partly, you must demonstrate that the deceased was making a substantial contribution towards your reasonable needs.

This category is the least clear cut and consequently has led to many court cases. The deceased's contribution to your needs must have been "substantial", and it must outweigh, even if only slightly, money or equivalent, received from you. A common sense approach is required as illustrated by the following two cases:

The first is a case in 2002, where a mother had cared for her severely disabled child and had therefore benefited from the financial provision made for the child by the Court of Protection, albeit that the benefit was indirect. The mother was entitled to claim that she was being maintained by her child as at the date of the child's death for the purposes of a claim against the child's estate.

The second case, in 2009, is one where Mary Spencer Watson, a famous sculptress, had an intimate relationship with Margot Baynes. They lived together in Mary's house until Mary died, bringing up Margot's two children: Hetty and a brother, as their own children.

When Mary died, she left the house to a charity and the residue of her estate to Margot. Hetty Baynes tried to bring a claim on the grounds that she had been maintained by Mary prior to her death, but the Court of Appeal upheld the principle that Mary had the right to decide who would receive her assets when she died.

Another ruling demonstrating the court's wide discretion in this type of litigation was in 2015, in a claim by a child of the deceased.

The deceased and her daughter had been estranged for 26 years. The mother omitted her daughter from her Will, leaving her £500,000 estate to charity. The daughter's claim was successful. She was awarded a one third share of the estate, as the reasons for their estrangement and the daughter's exclusion from the Will were considered unjust.

The decision in this case was not as momentous as the media has portrayed, as children have always been able to claim against their parent's estate. However, it shows the significance the court is likely to place on a claimant's background, particularly where they are of limited means, as well as blood ties to the deceased. The court also considered the connection the deceased had with the charities and the expectation they had of inheriting.

As an additional point, the case demonstrates the importance of having good reasons for excluding close family members from your Will and documenting these reasons in detail (A Letter of Wishes). Therefore, professional advice is invaluable in making your Will.

The time limit on bringing such a claim is very strict. The claim must be brought within six months of the grant of probate, which authorises the administration of the estate. Early legal advice is recommended as you will not have much time to consider your application following the death of the deceased.

Agreements to extend the 6 month time limit from Grant of Probate without the involvement of the Courts carry significant risk following the recent case of Cowan v Foreman [2019] EWHC 349 (Fam), Mastyn, J. Unless and until this case is overturned, the correct procedure is to start court proceedings in time and apply to the court for a stay (suspension) of proceedings. This time limit is very short, given the need to gather evidence on the face of it, the burden is on the applicant to show that (s)he has a real prospect of succeeding in applying for an extension of time. 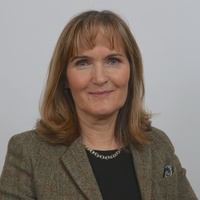 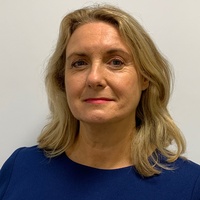 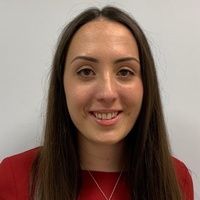