The benefits of a clean break agreement on divorce, even if you have no assets

You may feel overwhelmed with the changes you are facing as you go through a divorce, and quite often going from a household with two incomes to one can be a struggle.  If you do not own a house or have other assets, it can be tempting to cut costs and ignore seeking advice from a solicitor in relation to a financial agreement.  Iain Cutts family law expert at Ware & Kay explains why this could be a costly mistake.

‘A divorce does not stop all financial obligations between spouses.  I have met people that come into money years after a divorce, only to face an unexpected claim from their former spouse.  You may be on amicable terms now, but relations can sour over time, especially if one of you enters a new relationship or comes into new found wealth.  You can prevent an unexpected claim at a later date by obtaining a financial agreement known as a clean break order.’

A clean break order is a financial settlement between you and your former spouse that has been approved by the court.  It will sever your financial ties and protect you from a claim over any future assets you acquire.

There are a number of legal cases that highlight the importance of obtaining a clean break order.  One extreme example is the case of Nigel Page who won £56 million in the Euro Millions Lottery ten years after he had divorced.  At the time of his divorce he had relatively modest assets and did not obtain a clean break order.  His former wife capitalised on this omission and negotiated a reported settlement of £2 million.

Another example is the case of Dale Vance.  In 2015, Kathleen Wyatt successfully argued that she was entitled to apply for maintenance from him even though they had been divorced for over 20 years.  He had not obtained a clean break order at the time of divorce, leaving the door open for Kathleen to bring a claim later when her husband had built up a hugely successful business and had accumulated vast wealth.

While the chances may seem small that you will have the luck of a windfall to the extent of Nigel’s, you could still be at risk from losing your future pension provision, future inheritance or future earnings.  Nigel and Dale could not have anticipated at the time of their divorce how costly their oversight would be.

Iain says ‘obtaining a clean break order is a small investment in time and money now to have that piece of mind for your future.  It is a relatively straight forward process, and normally does not involve you having to go to court.’

For a clean break order to be made, the court must be satisfied that each person entered the agreement in full knowledge of the other’s financial position.  This means that both parties to the marriage must provide full and frank disclosure in summary form of their assets and liabilities.  Iain  has a wealth of experience in clean break orders and can represent you throughout the process, advising you on the terms that should be included to ensure your future assets are fully protected. 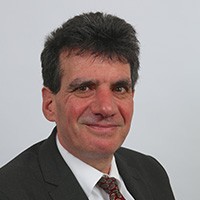 For further information, please contact Iain Cutts in the Family team on 01904 716000 or email iain.cutts@warekay.co.uk.  Ware & Kay has offices in York, Wetherby & Malton