“One Day the Farm Will All Be Yours” 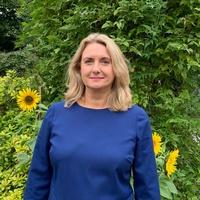 As a child, I was oblivious to Uncle Len’s misfortune.

During a lifetime working on the land and loyal service to the landowner, he was promised, by his employer,  the land and house in which he lived, would be left to him in his employer’s Will.  Uncle Len never doubted this promise and in reliance, failed to make provision, should he be let down.

The trust he placed in that assurance of future inheritance, also took away his motivation to pursue other opportunities for better employment, training, or further education.

When his employer died, his Will left nothing to my uncle. He and my aunt had to leave the house which had been their home for decades, promised would be theirs one day. They did nothing further about the matter.

How radically different my uncle and aunt’s lives might have been, and their descendants, if I could have passed on my knowledge, as a solicitor, dealing with probate and trust disputes.

Whilst all cases usually turn on the facts, being left out of a will, does not always mean no inheritance. There are several potential grounds to challenge the distribution of a deceased’s estate.

In my uncle’s case, this is the law of, “Proprietary Estoppel.”  Briefly, there are 3 elements. Promises are made by one party to another, the promise is relied on and results in detriment.

The essence of this legal doctrine is to try to put right an unfairness. In such circumstances, the Will may not be the last word on the distribution of the estate.

Whilst not confined just to Wills, proprietary estoppel cases usually have the greatest impact amongst farmers, where inheritance of the family farm, left under a Will to one party, or parties, may be ordered to be distributed to another. This, of course, means life changing sums are either lost, or acquired, despite the wishes of the deceased.

Rows between parents and adult children, increasingly close relationships between an elderly parent and other adult siblings in the later years of a deceased’s life, unmarried relationships, divorce, re-marriage, or step children, are classic situations producing many of the leading and most strikingly successful cases, involving claims on estates.

Where a claim is brought against an estate of a deceased, by a person disappointed by lack of inheritance under a Will, or even disappointed as no Will promised in fact exists, triggering intestacy rules of inheritance, the executors, or administrators, in the case of no Will, often take a neutral stance to a claim on an estate.

This risks a claimant, with an unopposed large claim on a deceased’s estate, taking more, or all of the estate to satisfy their claim than otherwise, as they are unopposed. Beneficiaries of a deceased’s estate might be at serious risk of not receiving payment, if not promptly, professionally legally represented, separately from the executors, or administrators.

The law discussed in this article may apply to any business, not just farming and also covers various types of property, not just land, such as intellectual property, e.g. inventions and designs.